Sometimes, a person or group will use force of violence against people or property for the purposes of intimidation, coercion, ransom, or causing fear. These people or groups, or terrorists, use a wide variety of targets, tactics, and means to cause harm.

An attack upon the United States is extremely unlikely, though the potential for such a nation-wide event does exist. However, terrorism can take many forms, on small or large scales.

Examples of types of terrorism include:

In general, you should also take the following precautionary measures:

There are three steps of what to do during an attack in a public place: 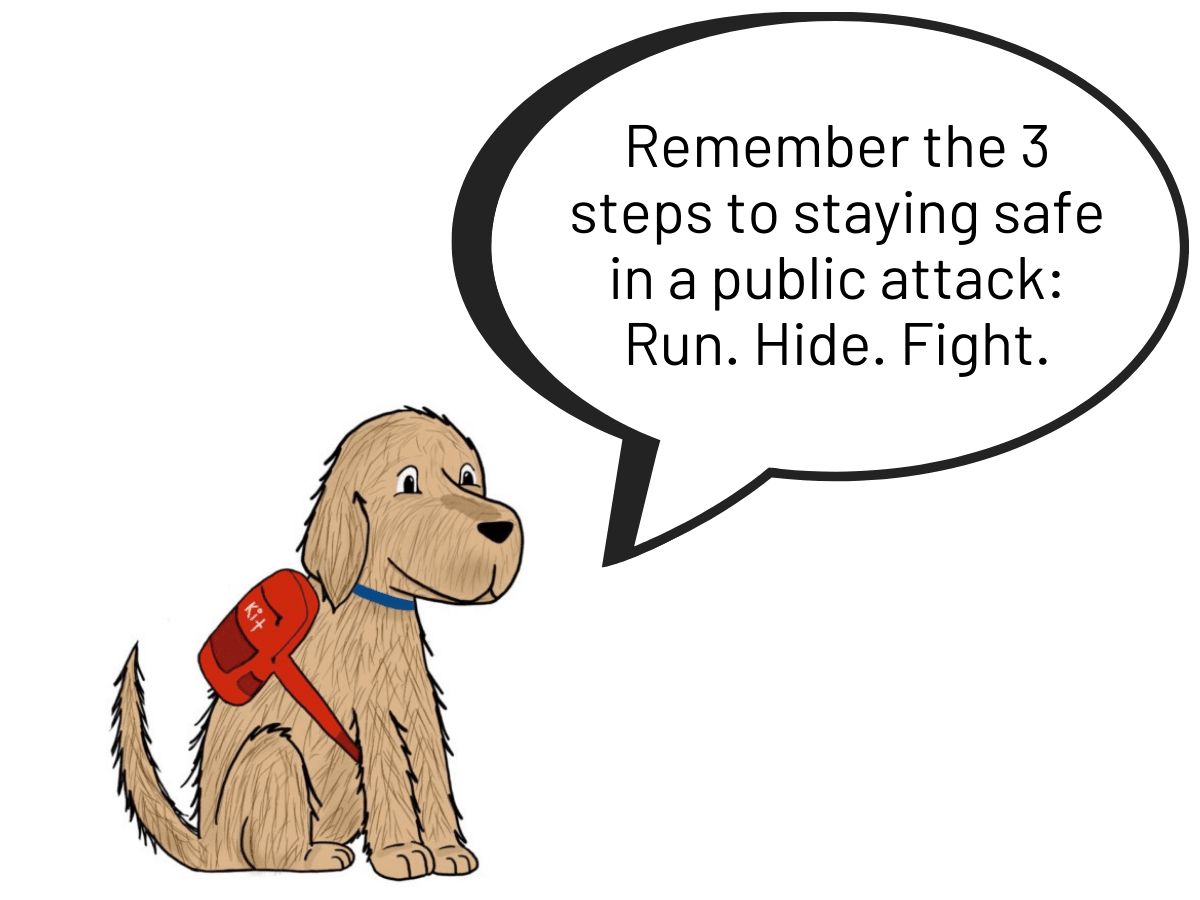 After an attack, take care of yourself first and then, if you are able, help the wounded get to safety and provide care.

Talk with your loved ones about what happened. Sometimes attacks in public places can be really scary, and it's important to talk with an adult about how you feel so they can help you feel safe.

There are activity sheets about staying safe in public in the Williamson Kids Coloring and Activity book.