What’s In a Seal?

Williamson County was named after Dr. Hugh Williamson, a signer of the U.S. Constitution. The county was incorporated on October 26, 1799. This official seal was adopted in July, 1968.

The seal, designed by county historian Virginia Bowman and journalist James H. Armistead, was accepted by Judge Fulton Greer at the July 15, 1968 Quarterly Court Term. It features four quadrants representing the diversity of the county.

The upper left section depicts a flag and cannon, which symbolizes the rich history in the county. The upper right quadrant shows a school house illustrating the importance of education. The lower left portrays a bible in front of a church window, which represents religion. The lower right segment shows farm animals denoting agriculture.

Williamson County is one of 95 counties in the State of Tennessee with an estimated population of over 220,000 citizens. 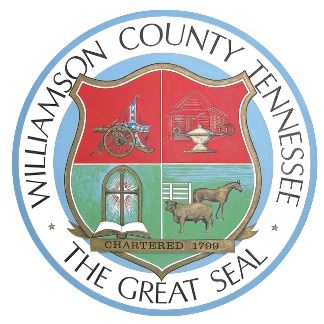